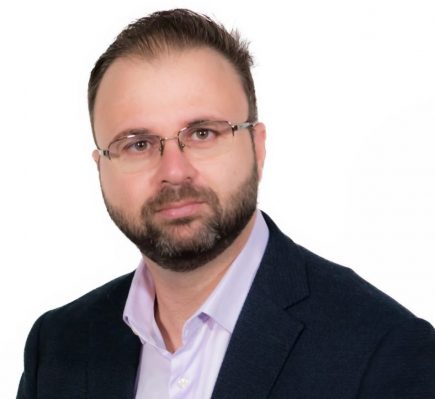 He was born in 1978 in Limassol, Cyprus and he descends from Alexandroupolis.  He studied Civil Engineering in the National Technical University of Athens from where he graduated in 2003 with focus in structural and geotechnical engineering. He then continued his studies at Cornell University from where he graduated in 2004 with an MEng degree in Structural engineering.  Later he continued his studies at the University of Cyprus from where he succeeded to graduate from the Professional MBA program in 2008.  He is a Chartered Engineer of the Engineering Council of UK, member of the Institution of Structural Engineers of UK and a licensed engineer in Cyprus and Greece, member of ETEK and TEE.

As an experienced engineer with a variety of areas of expertise, he has worked on high-rise buildings, industrial buildings, theatres, retrofit and seismic upgrade of structures, aqueous liquids structures, deep excavations, deep foundations, ports and airports.  During the last five years he has carried out the design of more than 10 high-rise buildings, some of which are up to 180m tall.  Each one of these buildings has unique architectural characteristics which create various challenges in the structural design.  He is in a constant pursue of engineering challenges and gaining continuously experience and knowledge to follow the fast pace with which engineering is changing.

He has participated in several conferences as a speaker, and among others he was invited to be a speaker at the 2022 world conference of the CTBUH (Council of Tall Buildings and Urban Habitat).  His extensive experience in structural and geotechnical engineering allows him to frequently give lectures at universities in Cyprus.  In 2015, with Yiannis at the helm, A. J. Pericleous was nominated for the prestigious international structural awards of the Institution of Structural Engineers of UK.