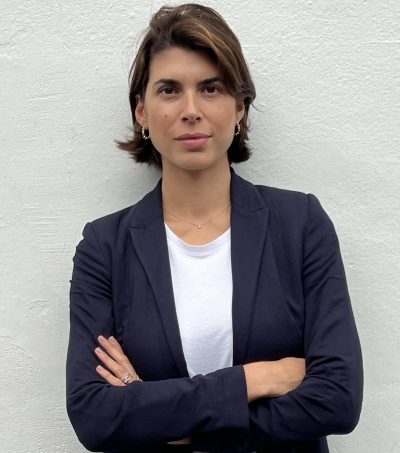 Xristina Argyros is an architect, urban designer and teacher. She is the co-founding partner of NEIHEISER ARGYROS, an internationally acclaimed multidisciplinary architecture practice with offices in both London and Athens. The studio works globally and at many scales from buildings to masterplans, interiors, landscapes, exhibitions, and furniture, with built projects in Europe and the United States of America. Argyros received her Masters degree in architecture from Yale University after earning her Bachelor of Arts and Architecture degree from Princeton University, receiving numerous awards and honours in both.
Before founding Neiheiser Argyros,she worked at a number of award winning architecture offices in Europe and the United States, including the Office for Metropolitan Architecture (OMA) and WORKac in New York City and Ateliers Jean Nouvel in Paris.
Argyros has taught at Yale University, the Welsh School of Architecture at Cardiff University, and has been teaching a design studio at the Architectural Association since 2016.
In 2018, together with her partner Ryan Neiheiser she curated the Greek Pavilion at the Venice Architecture Biennale, designing the exhibition ''The School of Athens'', later also exhibited at the Benaki Museum in Athens.