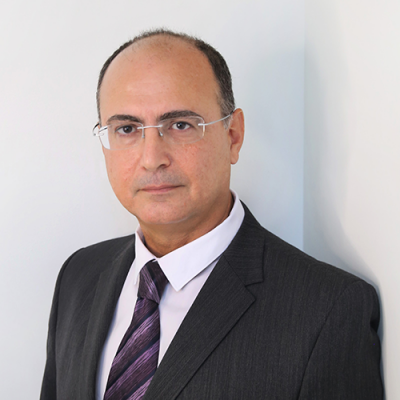 He started his professional career in construction companies as a designer and Supervising Engineer in many private and public projects. He worked subsequently for several years in building materials manufacturing companies. He has an extensive know-how in the field of building materials, as well as of technology and certification of materials, and a long-term experience in the construction sector. He has collaborated with experienced craftsmen and engineers of different specialties, closely following the developments in modern construction and technology.

He has participated for several years, as speaker and guest speaker, in scientific conferences, workshops, seminars as well as in a large number of events of scientific and production bodies, such as the Technical Chamber of Greece, the Hellenic Federation of Enterprises, the Federation of Industries of Northern Greece and the Hellenic-German Chamber of Commerce and Industry.